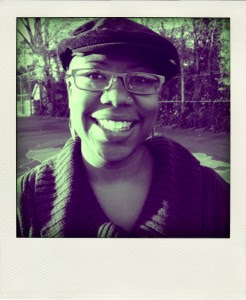 Aiesha Turman is an amazing woman with even more amazing stories to tell. She was able to take time out of her tight schedule to talk with Ladies Lotto about The Black Girl Project, being a mother and why she chose the name, Super Hussy.

Thank you so much Aiesha for taking the time to speak with Ladies Lotto. We really admire your work at Superhussy.com and the Black Girl Project. Tell us about Super Hussy and how did you come up with the name.
Super Hussy Media, LLC is a Brooklyn-based, independent content creation company, which focuses on the lives of women in the African Diaspora. Basically, Super Hussy uses film, traditional and emerging media to explore and illuminate the lives of Black women. On the name Super Hussy: “hussy” was my maternal grandmother’s favorite/only swear word. Regardless of your age, if you pissed Nana off and you were a female, you were pretty much a hussy. Now, after looking up the etymology of the word, I found out “hussy” was derived from the German word for housewife and began thinking about how patriarchy twists, labels and misconstrues anything that does not fit into its neat little power structure. Hussy became known as a wanton, lascivious, ruthless and sexually promiscuous heathen. Language can be used to both uplift and nourish or belittle and hurt. Any woman who goes against the grain and/or lives by her own rules, not the ones forced upon her, has been labeled something or other (bitch and whore come to mind) which seeks to minimize who she is in the world. As far as the "super" goes, I've always loved comics, so I might as well be a hero!

Tell us a little bit about your past work.
My past work...I come from an academic and cultural arts background. You can say my career began when I interned at The New-York Historical Society. I'd always loved museums and the arts as a child and from [the New York Historical Society] I went on to the Museum of Jewish Heritage, the Queens Library Gallery, and the Brooklyn Children's Museum where I became coordinator of their academic and cultural arts program for high school students. It was there that I sort of really came into my passion for working with young people, particularly girls.

You also work for "I am Worth More." What is "I am Worth More?" And what do you do there?
Right now, I Am Worth More is in its developmental stages. It's a non-profit organization dedicated to helping young people achieve their goals by giving them much-needed access to information they might not otherwise receive or know where to look. I am helping to create site content as well as mold programs.

How did you come up with The Black Girl Project?
The Black Girl Project is both a documentary film and a non-profit organization. I have worked with young people in New York for over a decade, with the past few years being dedicated primarily to high school students. It was in this work, I began to hear the stories of young women, many of whom were outwardly accomplished, but were dealing with a lot of issues from homelessness to sexual assault and depression. I was lucky enough to be trusted enough by them that they would talk to me. Their lives reminded me of mine as a teenage girl. I was highly accomplished academically, but when it came to dealing with issues, many of which were shared with my peers, I turned inward for fear of embarrassment or disappointing my parents. The non-profit is an outgrowth of the film and my commitment to helping young women reach their fullest potential.

What challenges have you come across in putting together the Black Girl Project?
My biggest challenge has been time. I've pretty much conceived and completed the project on my own while working, and taking care of my family. However, because it is something I believe in strongly, I did not mind a bit.

When can we expect the debut?
The film will be screened on August 27th in NY. We'll also go to DC, Philly and hopefully Atlanta before the holidays. The screening of the film will also be used as a fundraiser for the organization, so if you are in NY at the end of August, check us out at http://bgpbk.eventbrite.com.
You're a mom along with your many hats. Any advice for our mommy members?
What works for me is being very organized. I write every single thing down. I have a binder I carry around called "Aiesha Central" where I have a daily schedule, space to jot down notes, a section for meal planning, grocery and chore lists. I also manage all of my projects online. Google Docs is my best friend. Also, I made it a point to create a life where I can spend real quality time with my daughter. I am able to pick her up from school and attend every single event she participates. It was a conscious choice for me, and one I constantly work at maintaining.

Any upcoming projects we can look forward to from SuperHussy and Aiesha?
Upcoming projects: The first anthology of the series "Compendium" will be published in the spring of 2011. The first issue deals with women of Color and how they learned about sex and sexuality. I am hoping to make this an annual publication. I am also working on my next film about a young woman who was a Katrina evacuee, moved to Brooklyn, and is entering Georgetown University as a freshman in the fall.

Thank you so much Aiesha and we look forward to your future endeavors. You truly are a LLady!